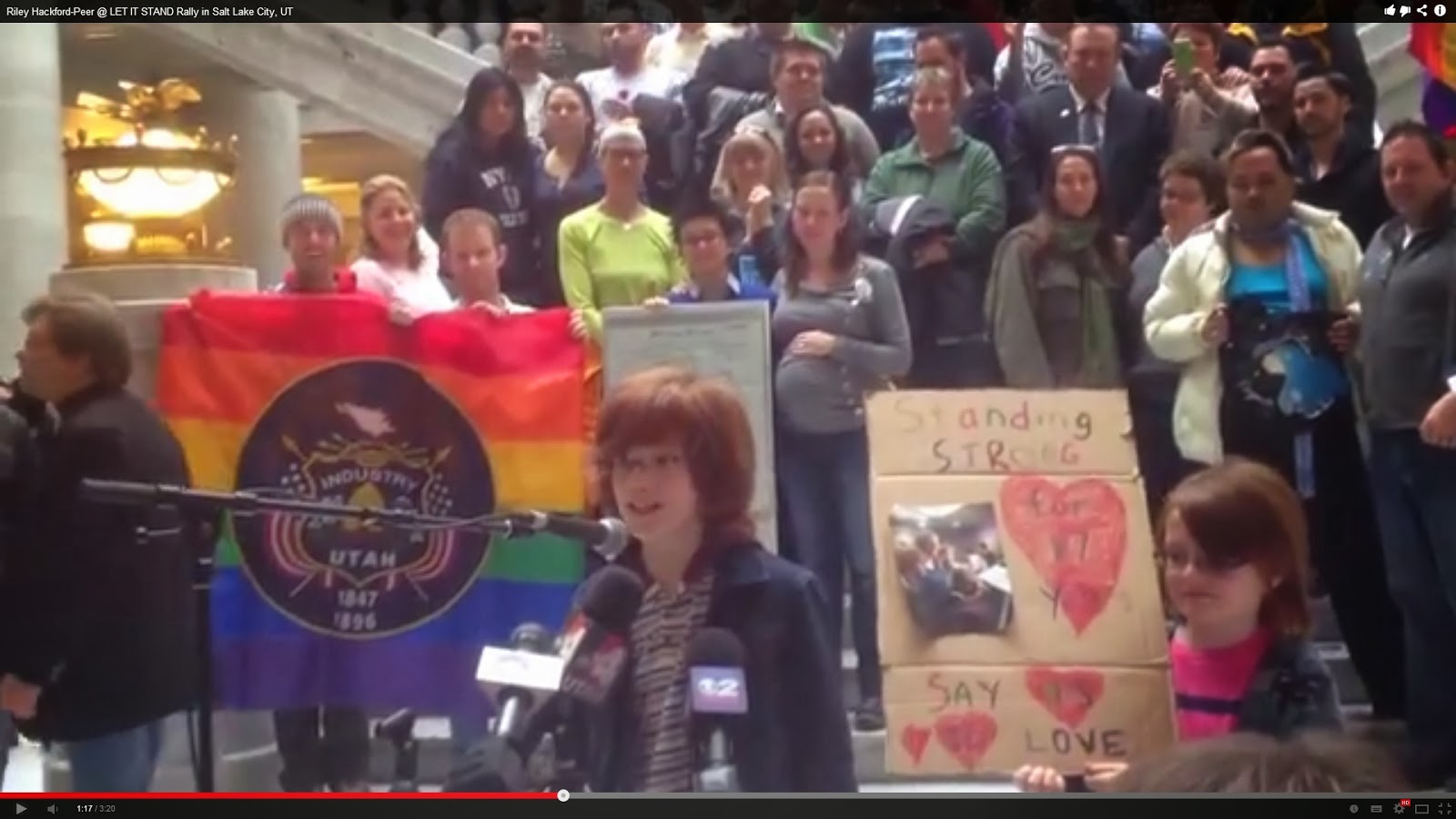 Over 2,000 people attended the rally pro-marriage equality at Utah's capitol in Salt Lake City. Besides, a petition with 58,000 signatures was delivered to Gov. Herbert's office asking the recognition of same-sex marriages.

1,360 same-sex couples were able to marry in Utah between December 20, when a Federal judge ruled the State's ban on marriage equality is unconstitutional, and last Monday, when the U.S. Supreme Court granted a stay on that ruling.

During the protest, Riley Hackford-Peer, 12-year-old, delivered an emotional and brave speech in favour of marriage equality and the right of his moms to get married.

Riley said: "Sometimes I felt really scared that my moms weren't married. I imagined being taken away by one of my moms. At school we talked about things we hoped to see during our lifetime. I always said I imagined my moms getting married in Utah. On December 20 it happened! I saw my moms get married - in Utah! It felt like fireworks bursting in my heart....But Governor Herbert wants to treat my moms unfairly. He says he wants to protect families. But I want to tell him that my family deserves protection too! I have two moms. And I love them. And they deserve to have their marriage recognized everywhere".