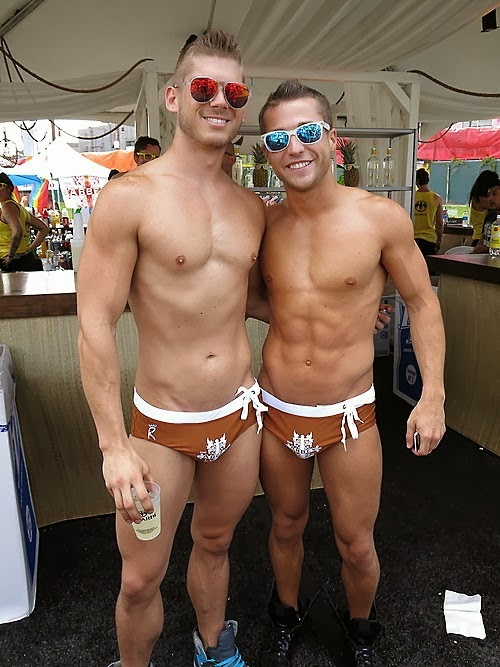 At last Olympic Games, the host countries provided a Pride House, a place for LGBT athletes, fans and friends. But Russia has forbidden the establishment of a such meeting place in Sochi Winter Olympics.

Several restaurants, bars and clubs across the U.S. are becoming "Pride Houses" in solidarity with LGBT Russians, and donating $1 of every drink sold between 9 p.m. and midnight on Friday, February 7th (when Sochi's Opening Ceremony runs) to the Russia Freedom Fund.

Supporting that campaign #uprisingoflove the handsome underwear models Brandon Robert and Colby Melvin have recorded a funny video to help spread the word about the organization’s movement to protest Russia’s anti-LGBT legislation.

Watch the video and show support for Russian LGBT people.