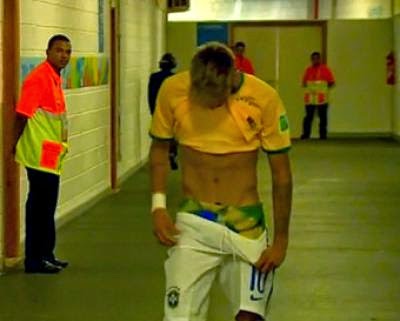 Brazilian soccer star Neymar was spotted wearing a pair of Blue Man boxers, featuring his country’s yellow and green flag against Cameroon. But the only problem is that Blue Man is not a FIFA World Cup sponsor.

The 22-year-old soccer superstar is now being investigated by his choice of underwear with FIFA claiming it violates its disciplinary code.

The code bans players from displaying religious or political messages as well as publicity slogans and non-FIFA sanctioned products.

I've been investigating Neymar's underwear on Google and I really think he doesn't deserve a punishment but a prize. 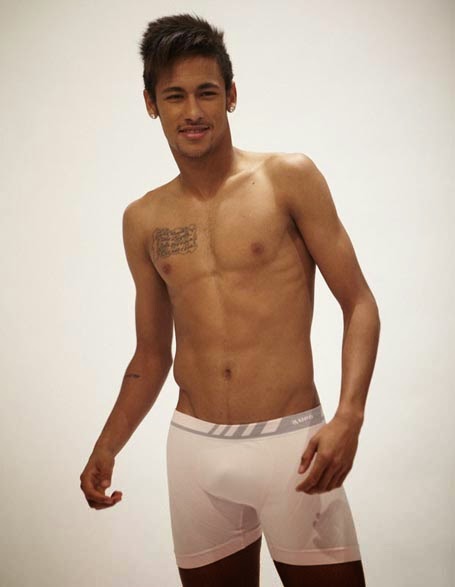 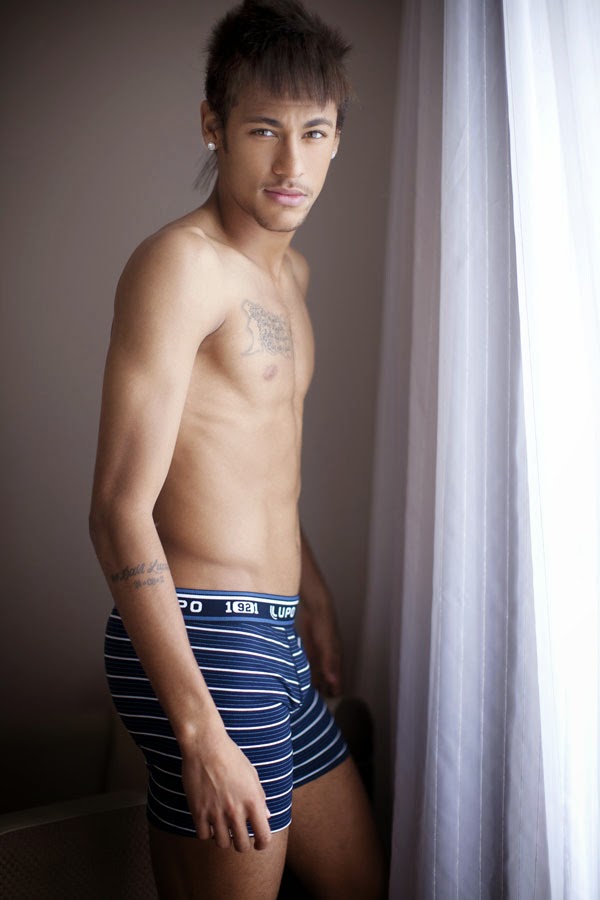 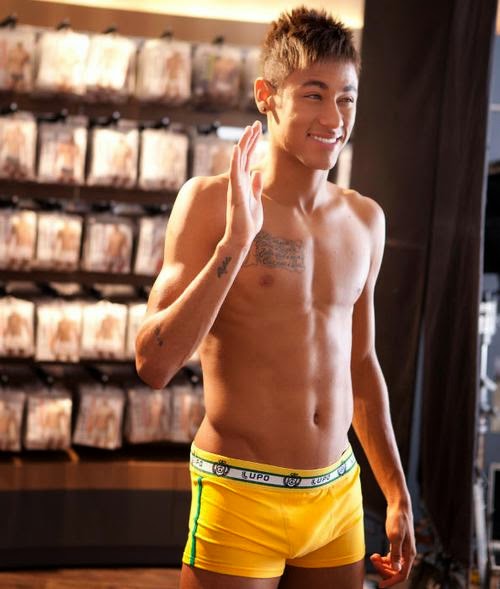 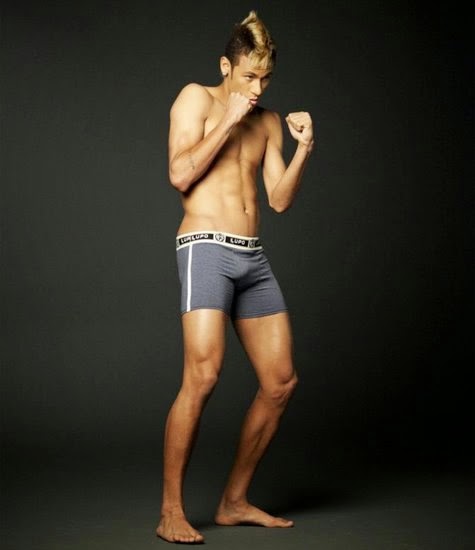 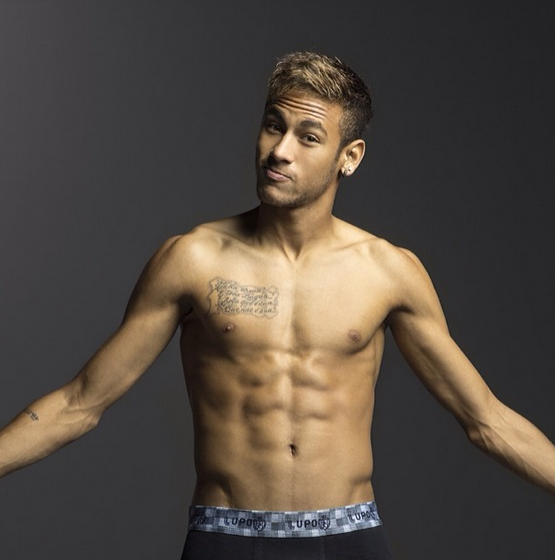 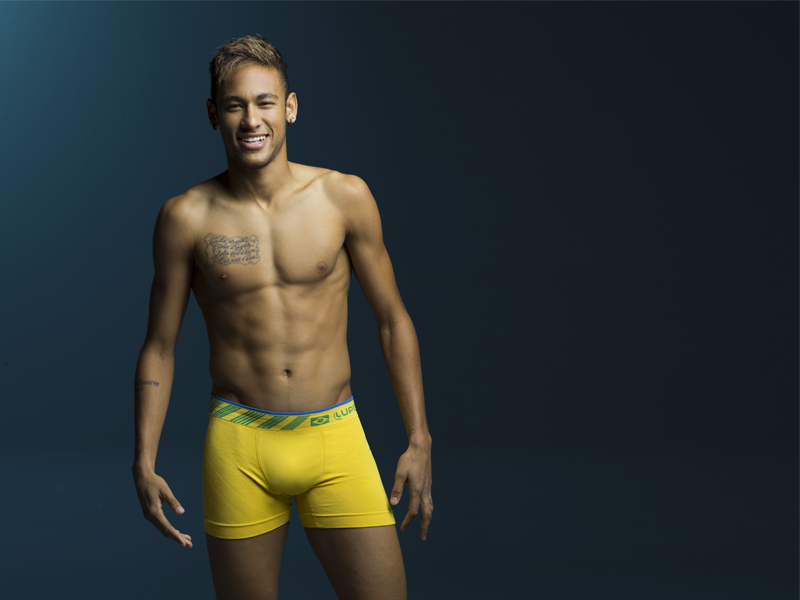 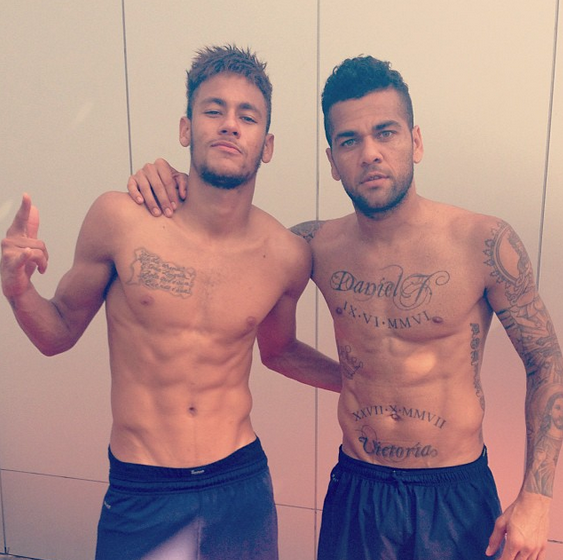