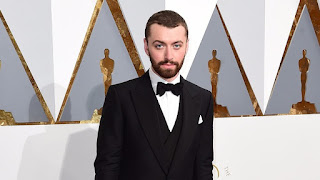 Sam Smith has defended himself after mistakenly claiming to be the first "openly gay man" to win an Oscar during his acceptance speech at the 88th Academy Awards. The British singer won the Best Original Song award for his Bond song "Writing's On The Wall".

Accepting the award Smith said: "I read an article that said no openly gay man had ever won an Oscar, and if this is the case, I want to dedicate this to the LGBT community all around the world".

"I stand here tonight as a proud gay man and I hope we can all stand together as equals one day", he continued during his speech.

Smith had mistakenly been referring to the fact that no openly gay man had won a Best Actor Oscar. In fact, many gay actors, screenwriters, directors and musicians have won Oscars over the years.

Responding to criticism over his comments, Smith took to Twitter to write: "Second openly gay man to win an Oscar or third or fourth or 100th, It wasn't my point... My point was to shine some light on the LGBT community who I love so dearly".

Don´t worry Sam, you are the latest one... until next year!