Rallies in Israel to protest for homophobic attack in Jerusalem 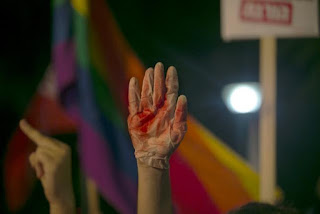 Rallies were held in protest of the July 30 stabbing of six people during the annual Jerusalem Pride parade.
The rally was opened by the mayor of Tel Aviv, and former president Israeli president Shimon Peres gave a speech warning about the growing bigotry in Israeli society.
The president of Israel, Reuven Rivlin, gave a speech in support of the ongoing struggle against homophobia, and decrying the rising tide of homophobia in the country.
"Every society has extremist fringes, but today we have to ask: what is it in the public atmosphere which allows extremism and extremists to walk in confidence, in broad daylight?", he said. "Citizens of Israel, a Jewish and democratic Israel, democratic and Jewish Israel, needs a wake-up call today", he added.
Remember on Thursday an ultra-orthodox Jew stabbed six people, seriously injuring two. He had only been released from prison three weeks before and had been jailed on a similar charge.
Prime Minister Benjamin Netanyahu called the attack a "despicable hate crime". And he said: "What happened in Jerusalem goes against the spirit of the Jewish people… We will continue to lead our country against hatred and homophobia". 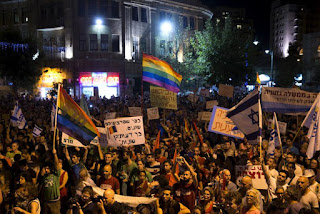 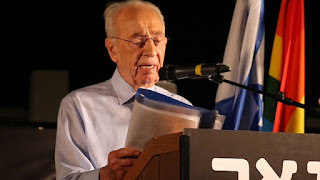