Iran executes a gay man under label of sodomy 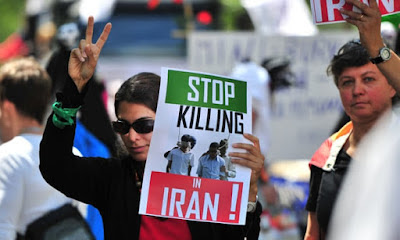 Iran executed ten people, including a gay man, in Karaj, the capital of the Alborz Province, just outside of Tehran.

According to Human Rights Activists News Agency (HRANA), the identity of one of the executed people is Iman Safari Rad, who had previously been sentenced to death on charges of "sodomy by rape".

According to experts, Iran’s regime frequently uses the charge of sodomy to impose the death penalty on gays and lesbians. According them, Iran has executed between 4,000-6,000 gays and lesbians since the nation’s Islamic revolution in 1979.

A United Nations report said that Iran's government inflicts electroshock "torture" on LGBT children, along with psychoactive drugs and hormone therapy, apparently in the belief that these procedures would "cure" them.

Iran is one of a dozen Muslim-majority countries and regions that enforce Sharia law and impose the death penalty for homosexuality.

The international community should impose sanctions on the regime officials, judges and prison staff who authorized these executions.