Putin wants to extend ‘gay propaganda’ law to all adults 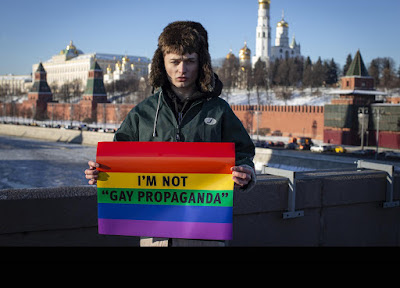 Russian lawmakers have proposed extending a ban on the promotion of “non-traditional” sexual relationships among minors to now include adults as well.

Under proposed changes to law, any event or act regarded as an attempt to promote homosexuality could incur a fine.

“We propose to generally extend the ban on such propaganda regardless of the age of the audience (offline, in the media, on the internet, social networks and online cinemas),” the head of the State Duma’s information committee, Alexander Khinshtein,

Under the proposed changes to the law, any event or act regarded as an attempt to promote homosexuality could incur a fine in Russia.

Authorities say they are defending morality in the face of what they argue are un-Russian liberal values promoted by the West.

Russian President Vladimir Putin signed into law a series of constitutional amendments that, among other things, formally defines marriage as between a man and a woman in the country. That simply maked it even harder for marriage equality to ever become a reality.

But the worst happens in Chechnya, where the gay purge continues in under Putin's protection. 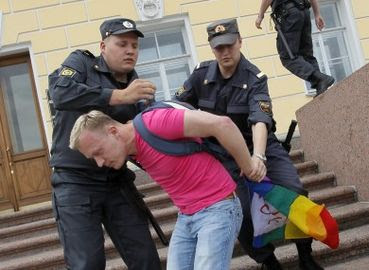 Just waving a rainbow flag in Russia is a crime