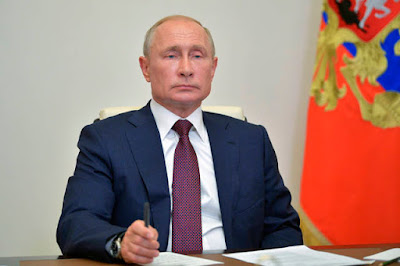 Russian President Vladimir Putin signed into law a series of constitutional amendments that, among other things, formally defines marriage as between a man and a woman in the country.

The amendments passed by voters and signed into law by Putin specifically ban marriage equality and adoption by transgender folks. Same-sex marriage is already illegal in Russia, so the new wording in the constitution simply makes it even harder for marriage equality to ever become a reality.

Upwards of 78 percent of Russian voters backed the amendments in a referendum that took place last July. Russian lawmakers later approved the constitutional changes that also allow Putin to run for president two more times, meaning he can serve an additional two six-year terms in office.

This latest attack on the LGBT community is no surprise in Putin’s Russia, where the queer community faces frequent violence and discrimination, and a notorious “gay propaganda” ban, prohibiting the distribution of anything viewed as vaguely pro-LGBT, has been in place since 2013. 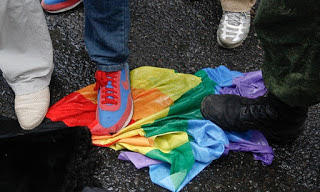