An international investigation urges in Chechnya 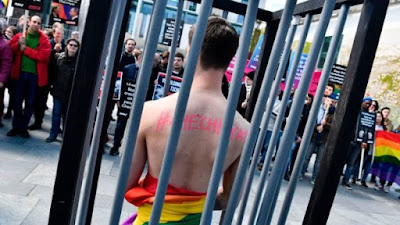 International Lesbian, Gay, Bisexual, Trans and Intersex Association (ILGA) have produced a harrowing document looking into what happened when gay men in the Chechen Republic were tortured and detained because of their sexuality.

Not only is the report, the first of its kind from an international institution, it’s a critical reminder for the world that the repression of the LGBT communities in Chechnya is not over.

Evelyne Paradis, ILGA-Europe Executive Director, said: "A full independent investigation, carried out without delay, that is what is still urgently needed. And this report is unequivocal: if the Russian authorities do not act, then the international community must conduct such an investigation. We commend Piet de Bruyn on his dedication and for bringing the voices of LGBT people in Chechnya back into the spotlight.”

Although the one victim who has spoken out about his ordeal, Maxim Lapunov, fled to Russia for safety, he has since left the country due to the ever-increasing hostility against LGBT people in the country. In his ordeal, he spent two weeks being tortured in the basement by Chechen authorities, who read his phone and demanded confessions of other gay people he knew.

“They read all the messages he had on his phone. Several men, speaking Chechen, entered one after the other the room where he was being detained. Each of them beat him up, with their hands or with plastic tubes,” reads the report. “He was forced to record a testimony acknowledging he was gay, had to give names and addresses of family members and his fingerprints were taken.”

The gay purge continues in Chechnya under Russian protection. 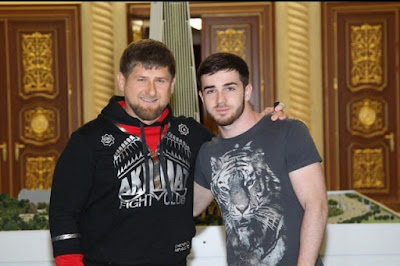 Last year, Russian-based singer Zelimkhan Bakaev (right)
was kidnapped and killed in Chechnya for being gay.
He is one of over 100 gay men taken to the gay death camp,
although Chechen President said "gay people don't exist here"