Protests Around the World against Russian Anti-Gay Laws 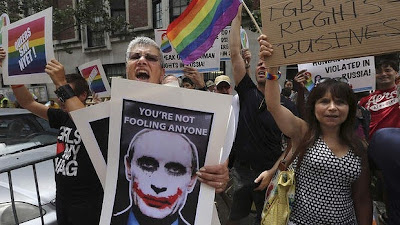 Protests against Russian anti-gay laws have been held across the world on 3 September.

Organized by online activist group All Out, the protests are part of Global Speak Out for Russia events, on the current bad situation of LGBT people and rights in Russia.

Held in more than 34 cities, from London to Los Angeles, and Barcelona to Buenos Aires, the protests have been occured just before world leaders meet in Russia for the G20 summit, on September 5 and 6. That is the opportunity for Heads of Government urging President Vladimir Putin to challenge on Russian anti-gay laws.

A spokesman has confirmed that President Barack Obama will meet LGBT activists in the Russian city of St Petersburg, during G20 meeting. The U.S. President will meet activists including Lev Ponomarev, Lyudmila Alexeyeva and Pavel Chikov.

The Foreign Office has also declared that British Prime Minister, David Cameron, will raise the Russian legislation, which bans the promotion of 'non-traditional relationships', when he travels to St Petersburg for G20 meeting.

For their part, some Italian gay rights groups called on Italian government to break its silence over Russian anti-gay laws, and to take any action in St Petersburg as member of G20. Along the same lines, Irish gay activist groups asked their government to condemn the Russian laws in the strongest possible terms and send a clear message to Russia that Ireland believes them to be an affront to human rights and human dignity.

Finally, Amnesty International also urges leaders meeting at the St Petersburg G20 summit to condemn Russian homophobic law, and do all in their power to persuade Russian authorities to scrap it. In its opinion: "The law provides the framework for a state-sponsored discrimination and follows a pattern of abuse against LGBTI individuals".

All of that just shows how much energy is bubbling up about this issue. 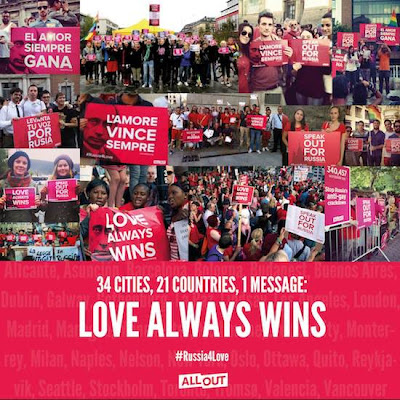