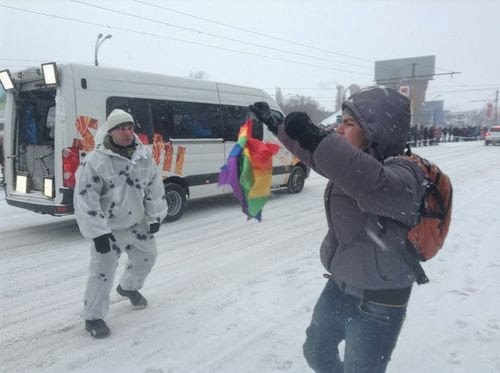 After President Putin said gay people would be safe at Sochi Olympics if they "leave kids alone", a Russian gay protester has been detained today for unfurling a rainbow flag during the Olympic torch relay.

Pavel Lebedev, the young protester, unfurled the rainbow flag when the torch passed through his hometown, Voronezh, which is 560 miles north of Sochi. He has been immediately detained and taken to police station for being questioned.

Putin originally signed a decree banning all demonstrations during Olympics, but later declared that protests would be allowed in authorised protest zones.

In any case, it's a fact that only one man with a tiny rainbow flag is enough to break Russian law banning gay propaganda. Who is really safe Mr. Putin? 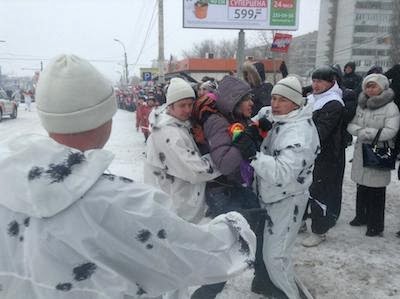 The "dangerous" protester has been forcefully detained