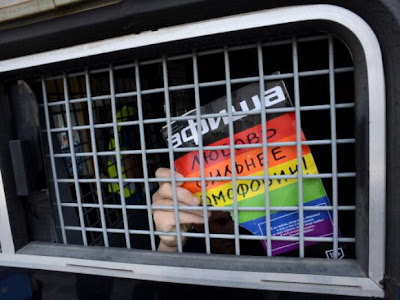 Among those arrested was Nikolai Alekseev, one of the main leaders of the LGBT social movement in Russia, who was punched in face during his arrest by one anti-gay.

Russian parliament has approved a bill to a ban on events and information about the LGBT community targeting minors, which critics say would effectively ban gay rights demonstrations and any public event.

Russia decriminalized homosexuality in 1993, but homophobia remains strong in the country. Despite Russian Constituion guarantees freedom of speech and assembly, Moscow authorities have repeatedly rejected requests by LGBT activists to celebrate a parade in the city. 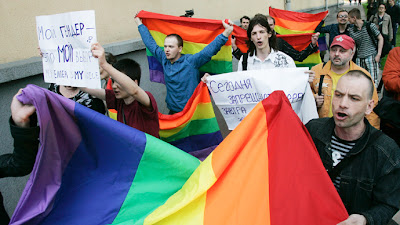 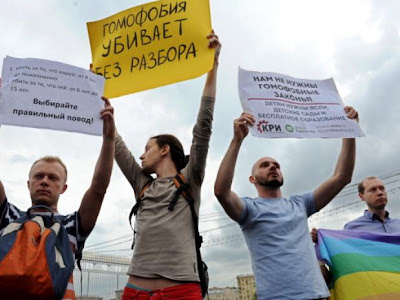 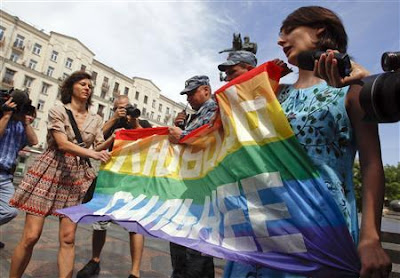 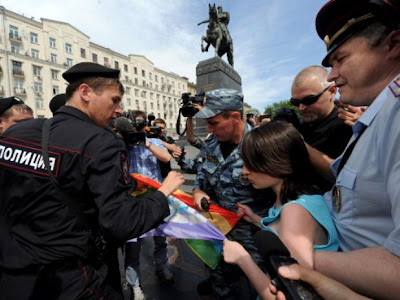 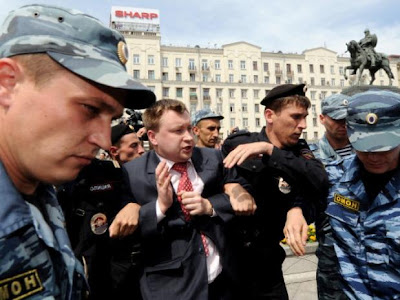 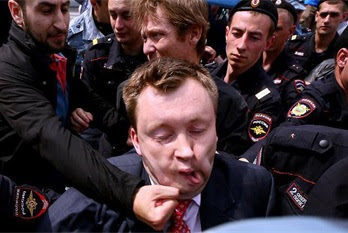 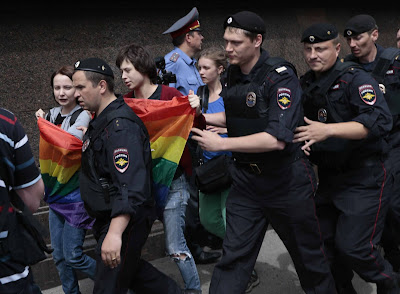