Love, Victor: much more than a Love, Simon sequel 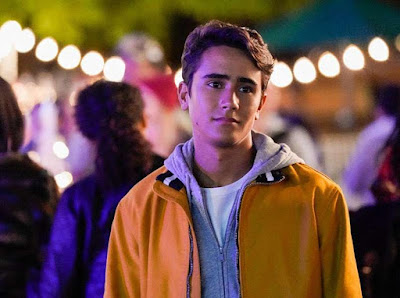 Set in the same world as Love, Simon, the series focuses on Victor (Michael Cimino), a new student at Creekwood High School who, like Simon (Nick Robinson), is on a journey of self-discovery as he struggles to come to terms with his sexuality.

Upon release, Love, Victor received acclaim from critics for Cimono’s lead performance, the supporting characters and for capturing the essence of the original teen drama, which made history as the first Hollywood film to focus on a gay teen romance.

In the 10-episode first season, Victor seeks out Simon (with Robinson returning as narrator) after learning about his declaration of love for Bram at the school carnival, which turned them into legends at Creekwood. He confides in Simon about his sexuality, his sudden romance with Creekwood’s most popular girl, Mia (Rachel Noami Harrison), and his mother and father’s conservative beliefs in regards to homosexuality.

Love, Victor is a well-built teen show, prominently featuring a coming-out story, and the first Disney branded series to explicitly focus its attention on LGBT issues. Love, Simon may was first, but if Love, Victor is any indication, it won’t be the last. Enjoy it!