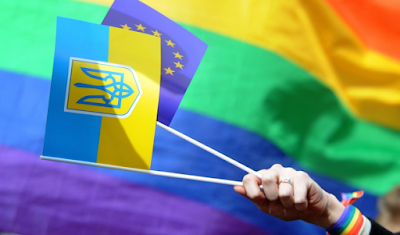 It is not easy for LGBT people to live in Ukraine. Since the country’s independence in 1991, homosexuality is not illegal any more. But that’s it for the moment. The population’s attitude towards LGBT people has been hostile for years now.

Assaults on LGBT-people are common. It is not unusual for individual gay-rights opponents to hunt down and threaten gay men in the streets of Kyiv. Like in Russia, neonazi-groups (“Occupy pedofily”) pretend to date gay men on the Internet to bring them into their houses where they humiliate them, film everything and put the movies online.

So, homophobia in Ukraine is very common. Activists within the country say it is promoted by the evangelical and orthodox churches, which are attempting to attract followers in economically difficult times. The state is failing economically and politically and thus needs the support of the church. Few people hate gays and lesbians; but most of them just adopt the majority’s opinions.

Political parties in Ukraine are definitely no fans of LGBT-rights. Only a few members of the Ukrainian Parliament are actively speaking out in favour of such. However, no party officially has announced to fight discrimination against LGBT-people.

But some things have improved in last years. After long discussions, the parliament finally adopted the anti-discrimination law as required by the EU in November 2015. The most controversial law paved the way for visa-free travel.

Since 2016 KyivPride is a huge success with thousands of participants marching peacefully in the very centre of the capital and protected by police. And the same year, the government changed the legislation for trans people which makes it easier for them to get new papers after a successful transition. 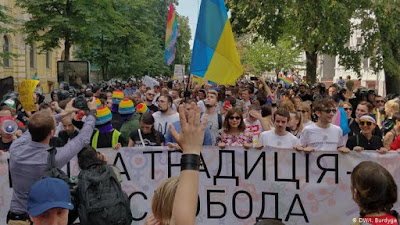