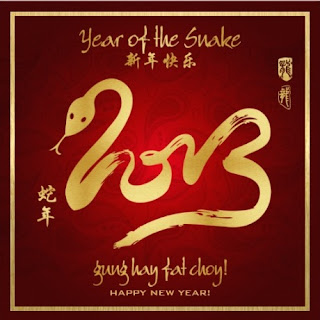 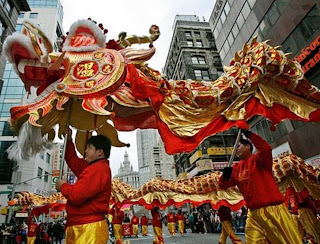 The festival is celebrated grandly and extensively across the country, and outside too by Chinese communities settled down around the world. Many cultural activities such as lighting fireworks, spectacular parades, dragons and lions dancing and other traditional performances take place in parks and streets of all Chinese cities and towns. 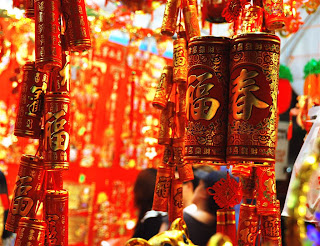 Every family cleans the house, sweeps the floors and washes daily things, because a house cleaning is believed to drive away ill-fortune and bring good luck in the coming year. Moreover, windows and doors are decorated with red paper-cuts, red lanterns and couplets. 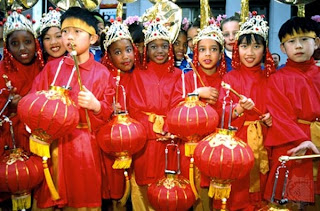 Red is an important color in Chinese culture, symbolizing prosperity. Many people will wear red clothing during the New Year celebrations, and houses will have many red decorations such as Chinese knot work. Also having a kumquat tree (Gam Gat Sue) and peony which symbolize abundance of wealth and good luck. 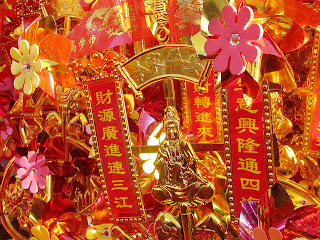 On the first day of the Chinese New Year everybody wears new clothes, and greets relatives and friends with bows, saying Gongxi (congratulations), and wishing each other good luck and happiness. It is also customary for the younger generations to visit the elders, wishing them health and longevity. In recent years, a new way to do New Year greetings has appeared in large cities, where busy people who don't have time to visit their friends will opt to send a New Year Card, or a text message to their friends or relatives. 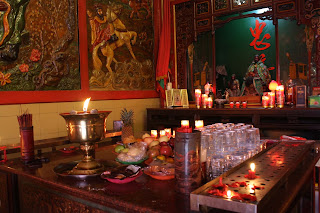 Chinese New Year Foods are very important to Chinese people. All family members come together to eat at this time. It is traditional to eat certain foods over this festival: Chinese Dumplings, Fish, Spring Rolls or Nian Gao are usually eaten at this time. 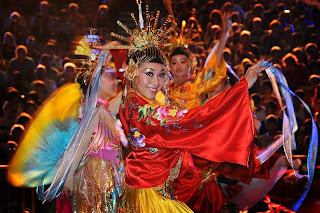 This year is The Year of Black Water Snake. In fact, 2013 is the year of water snake, but the color of water in Chinese five elements system is related to black. Therefore we can say 2013 is the black snake, water snake or black water snake year. The Snake, also called the Junior Dragon, is the sixth sign of the Chinese Zodiac, which consists of 12 Animal Signs. The snake is the enigmatic, intuitive, introspective, refined and collected of the Animals Signs. Ancient Chinese wisdom says a snake in the house is a good omen because it means that your family will not starve. 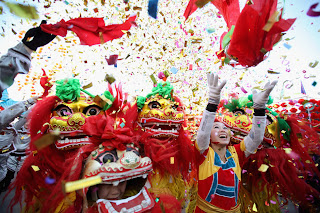 People born in the Year of the Snake are keen and cunning, quite intelligent and wise. They are great mediators and good at doing business. Therefore, you should have good luck if you are born in this year. 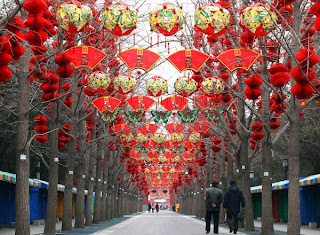 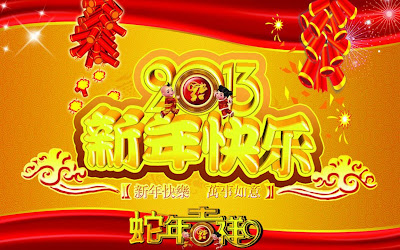