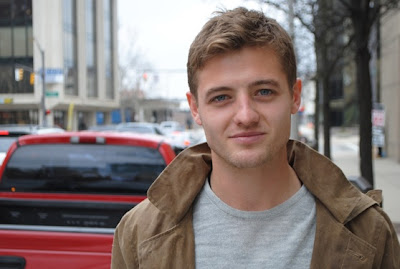 Robert "Robbie" H. Rogers, born in 1987 in Rancho Palos Verdes (California), has recently announced on his web that he is gay and he retires from professional soccer.

As soccer player, Rogers has represented the United States U18, U20 and U23 soccer team, playing most matches and scoring several goals. He participated in 2006 Milk Cup, 2007 FIFA U20 World Cup and 2008 Summer Olympics in Beijing. As senior, he was called for 2010 FIFA World Cup qualifications matches and he was included in 2011 CONCACAF Gold Cup squad.

He really started playing soccer very younger and, after playing in various youth leagues, he turned professional in 2006 when he signed a contract with SC Heerenveen, a Dutch club of the Eredivisie, the main league of Netherlands' soccer.

In 2007, he returned to the US because he was acquired by Columbus Crew (Ohio) to play in MLS. He played with Columbus Crew during five seasons, he made 138 appearances, scored 17 times and won the MLS Cup in 2008.

In 2011, he signed for Leeds United, a club of the English League Championship, but the first six months were blighted by injury. In August 2012, he joined to Stevenage FC, a team of the English League One, until January 2013. At the end of loan agreement at Stevenage, he briefly returned to Leeds before his announcement to leave the club by mutual consen.

On February 15th, 2013, Robbie has decided to declare publicly that he is gay and he leaves professional soccer. He has announced it with a sincer and emotive post on his web. You can read his own words here. Robbie confesses he has been afraid and he has felt different for the past 25 years, but now he knows he shouldt not have and he is a free man who can lives as he wishes. I really think he has won the main match of his life, and the prize is the right to be himself and to be happy. 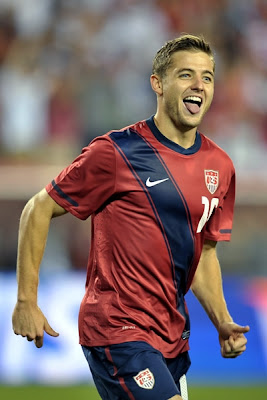