Brendon Ayanbadejo: a champion in and out of playing field 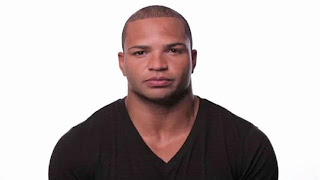 In 2013, Ayanbadejo has won the AFC championship against the New England Patriots. The Ravens went on to play in Super Bowl XLVII on February 3, against the San Francisco 49ers, and won 34-31, becoming Super Bowl champions.

He says it has not been his gay rights activism that caused him to be cut from the team, it has been the age. "At 36, it’s simply the nature of this sport", he admits.

Ayanbadejo supports marriage equality since 2009, and he remembers that NFL has to accept LGBT community.

His advocacy for legalizing same-sex marriage rather suddenly became a cause célèbre in September 2012, after Maryland State Delegate Burns wrote a letter to Baltimore Ravens owner Steve Bisciotti, demanding him to "take the necessary action... to inhibit such expressions from your employee". Burns' letter was widely criticized as an effort to infringe on Ayanbadejo's right to free speech.

After the Burns letter was delivered, Ayanbadejo publicly announced that, as the son of interracial parents whose own marriage would have been illegal in 16 states prior to the U.S. Supreme Court's landmark decision in 1967, he had no intention of remaining silent on an issue of conscience and public importance.

Ayanbadejo has received widespread support in the world of football. Among others, Minnesota Vikings punter Chris Kluwe wrote a scathing response to Burns, while the Ravens also publicly sided with him. In February 2013, Ayanbadejo and Kluwe filed a joint amicus brief with the Supreme Court in support of same-sex marriage, particularly in the case dealing with California Proposition 8.

All my admiration for this champion!

And others videos about Ayanbadejo's support to gay rights.