Change the Game with #Rainbowlaces 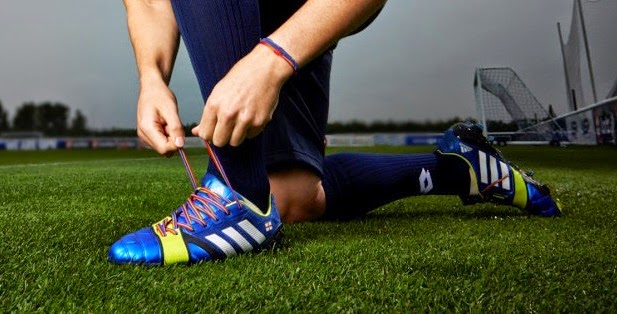 Rainbow Laces is back! Last year players from 52 clubs laced up to show their support for gay players and thousands got involved with over 300,000 Twitter impressions, that was one of the most successful Twitter UK campaigns to date.
This year, the campaign called #RainbowLaces has a group of UK football players from Arsenal who are once again taking on a visual display of solidarity with the LGBT community. They wear rainbow lances on their shoes during games, and they are making a statement of support for queers and a dedication to combating homophobic mentalities in the sports world.
"We've teamed up with Paddy Power, Arsenal, The Gay Football Supporters Network and loads more to send Rainbow Laces to every professional football player and club in Britain", the video's description notes. "We're asking players to wear the laces during the weekend of 13/14 September to show their support for kicking homophobia out of the beautiful game", it adds.
Very good initiative, please check out the #RainbowLaces campaign vídeo.