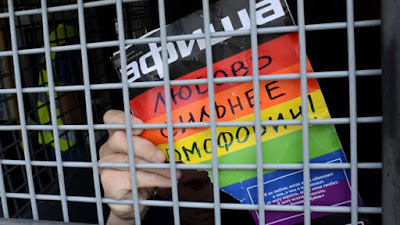 According to a new independent poll from Levada Center almost one in five (18 percent) of Russians believe that LGBT people should be “eliminated.”

While the 18 percent tally is horrifying as is stands, the figure does show that it’s a slight improvement from 2015, when that number was 21 percent.

Furthermore, the 2020 poll shows that 32 percent of Russians believe that gays and lesbians should be “isolated from society.” That number also improved slightly given that in 2015, it was 37 percent.

In general, support for the LGBT community has been a slow burn since 2015. Russians who favored helping the community rose from 6 percent in 2015 to 9 percent in 2020.

“The stigmatization of socially vulnerable people has decreased over the past 30 years, and norms that require helping and not isolating from them have expanded,” Levada sociologist Karina Pipiya told.

“Besides state support measures,” Pipiya continued, “the development of the non-profit sector and the emergence of organizations working to improve the image of vulnerable groups in the eyes of society play an important role.” 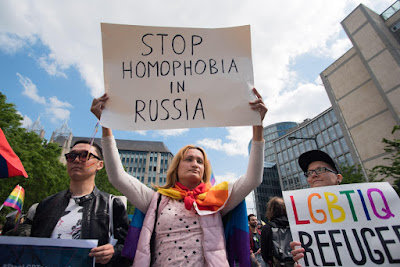