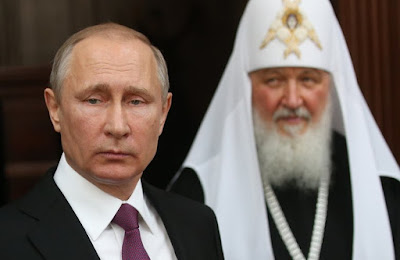 Vladimir Putin has submitted a draft amendment to Russia’s constitution that would enshrine marriage as between a man and a woman in a conservative update to the country’s founding document.

The measure was reportedly part of a 24-page document submitted by the president that would also name Russia as the successor to the Soviet Union; explicitly mention Russians’ “faith in God”; and ensure the “defence of historical truth” regarding the Soviet role in the second world war.

The draft submissions have not yet been made public but were described to journalists in a series of briefings by high-ranking members of the Duma, the lower house of the Russian parliament.

Putin is planning to amend the constitution for the first time since 1993, and the move has been initially seen as a way for him to hold on to power after 2024, when as things stand he will no longer be able to serve as president because of term limits.

His direct support for the amendments makes it likely they will go through. He has taken an increasingly conservative turn in his fourth term as president, and has enjoyed support from both patriotic groups and the Russian Orthodox church.

But plans for a constitutional ban on same-sex marriage have come together quickly, appearing to crystallise during a speech last month. “As far as ‘Parent No 1’ and ‘Parent No 2’ goes, I’ve already spoken publicly about this and I’ll repeat it again: as long as I’m president this will not happen. There will be Dad and Mum,” Putin affirmed.

Russia is a very homophobic place, especially after 2013 when the law that bans so-called gay propaganda was approved. 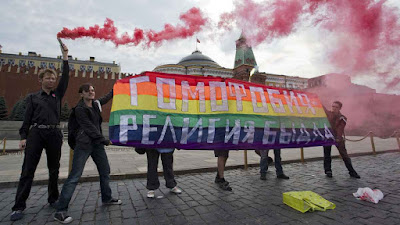 LGBT activists face jail for their protests in Russia