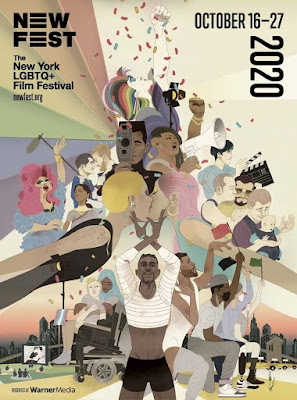 The festival will open on Oct. 16 with the New York City premiere of Francis Lee's "Ammonite," a romantic drama starring Kate Winslet and Saoirse Ronan. Winslet will present Lee with the festival's inaugural world queer visionary award ahead of the screening. On Oct. 27, the event will close with a virtual screening of Faraz Shariat's German drama, "No Hard Feelings."

This year's festival will feature film introductions shot in front of historic LGBT sites, community organizations and queer-owned businesses throughout the city, as well as panels and conversations on different LGBT topics.

Executive director David Hatkoff said: "We have created an 11-day event that will meet and speak to this moment, delivering a thought-provoking, inspiring and joyful look at the LGBT community and the unique challenges it faces, while also paying homage to the incredible queer legacy that exists in NYC."

Check NewFest website here and watch its trailer below: