No place for 'LGBT-free zones' anywhere in the world, Biden says 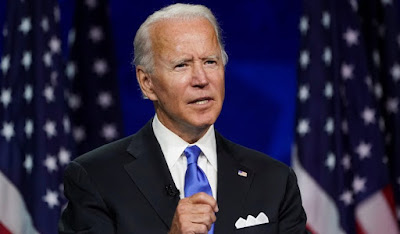 The head of the EU Commission, Ursula von der Leyen, gave an address to the European Parliament, in which she said there was no place in the bloc for so-called "LGBT-free zones", a pointed criticism of Poland's nationalist government pushing to curb the rights of lesbian, gay, bisexual and transgender people.

"LGBT-free zones are humanity free zones. And they have no place in our Union. Breaches of the rule of law cannot be tolerated," she said last Wednesday. "Because being yourself is not your ideology. It’s your identity. And no one can ever take it away", she added.

The Democratic Party presidential candidate Joe Biden referred to von der Leyen's address. "Let me be clear: LGBTQ+ rights are human rights - and 'LGBT-free zones' have no place in the European Union or anywhere in the world", Biden wrote.

They did not mention Poland by name, but did not need to. As part of the politically-driven attack on LGBT people, nearly 100 Polish municipal or local governments have proclaimed themselves zones “free from LGBT ideology” and opposing gay “propaganda”, covering nearly a third of the country. 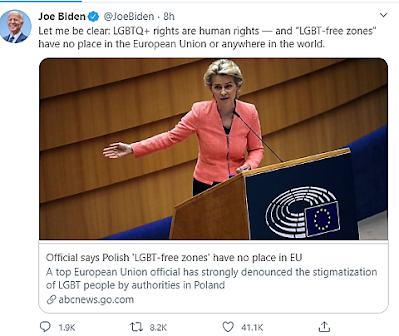