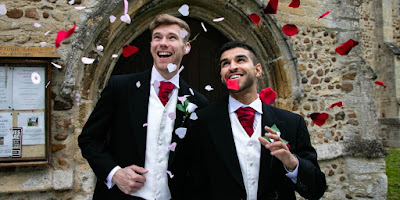 Couples can give their 28 days' notice of intent to have a religious service from 1 September, which means the first ceremonies could take place on 29 September.

Same-sex marriage campaigners have welcomed the move, but are now urging the government to make marriage fully equal by allowing same-sex couples with an existing civil partnership to be able to convert their partnership into a marriage. 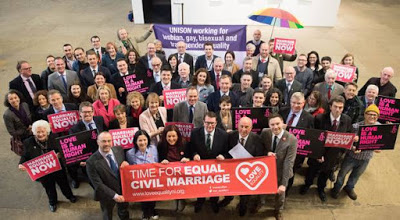 The House of Commons backed same-sex marriage for Northern Ireland
Publicat per Ben Aquila a 5:02 AM