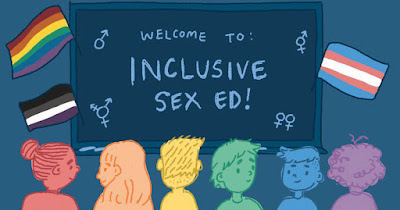 A landmark ruling last year means that UK schools will finally be teaching LGBT inclusive sex education. The ruling made inclusive relationship and sex education compulsory in all schools in England, with all schools being given until the summer of 2021 to make good on their word.

New regulation means that all secondary schools will teach about sexual orientation and gender identity, and all primary schools will teach about different families, with schools being “enabled and encouraged” by the Government to include LGBT families in this teaching. This is about showing kids that families can have two mums, two dads or a trans parent. Or to put it another way: different families, same love. This is in stark contrast to what was taught in UK schools only a few decades ago, which was total silence on LGBT topics and sex education.

From now, hopefully it be different. Independent and faith schools are not supposed to be excluded from the ruling either, however, they may find ways around it. But in the UK, religion is protected under the 2010 Equality Act (as are sexual orientation and gender identity). As such, some schools may argue to teach within their beliefs.

For now, millions of British students will return to schools for the first time since the start of the pandemic and hopefully they be met with a more inclusive environment.