EuroPride defiantly vows to go ahead in Belgrade next September 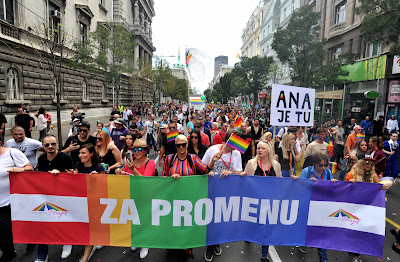 For Serbia’s LGBTQ community, hosting EuroPride in the capital city of Belgrade in September was intended as a way to celebrate diversity and push for more rights in the deeply conservative country.

But Serbia’s strongman president, Aleksandar Vučić, claimed EuroPride won’t be happening amid growing tension with Kosovo, he said at a press conference in Belgrade.

The leader of the nationalist Serbian Progressive Party told reporters: “The Pride parade that was scheduled for the month of September will be postponed or cancelled, or whatever that miracle is called, it doesn’t matter.

“We can’t at this moment when we have both the open Balkans and the crisis in Kosovo and Metohija that will not end at least until 31 October, we have no progress, we have nowhere to move. We have to deal with energy, and drought, we have many crises.”

“President Vučić cannot cancel someone else’s event. EuroPride is not cancelled, and will not be cancelled,” the Latvian activist said.

Serbia pledged to protect LGBTQ rights as it seeks EU membership, but increasingly vocal right-wing supporters harass and sometimes attack people based on their sexual orientation or gender identity. 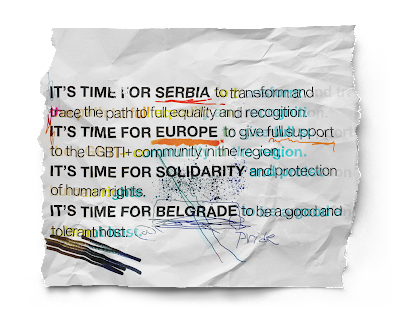