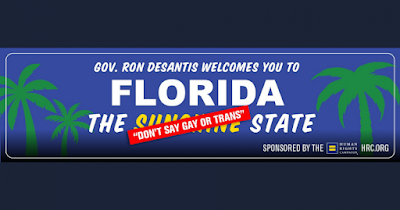 A new poll commissioned by GLAAD reveals broad concerns of LGBTQ and ally voters in Florida about legislation stripping away their rights, and how it’s motivating them to vote in this fall’s midterm election. LGBTQ and ally voters are poised to make a decisive difference in the future of their state.

77% strongly agree it’s more important than ever to vote this year because basic human rights for women and LGBTQ Floridians are starting to be taken away by elected officials currently in charge of Florida’s government.

Florida’s legislature has passed bills targeting abortion access and banning LGBTQ-related conversation in schools, the known “Don’t Say Gay" bill. When measures failed in the legislature to criminalize evidence-based, lifesaving healthcare for transgender youth, Governor Ron DeSantis directed state agencies to issue misinformation to target transgender people and begin the process of stripping Medicaid coverage for gender-affirming care, despite the fact that it is supported by every major medical association.

DeSantis and his appointees have also threatened small business owners that host drag shows, and schools that enforce federal protections for LGBTQ students under Title IX, prohibiting discrimination based on sexual orientation and gender identity. 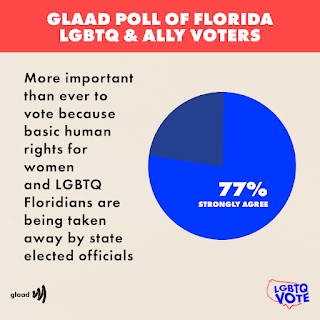