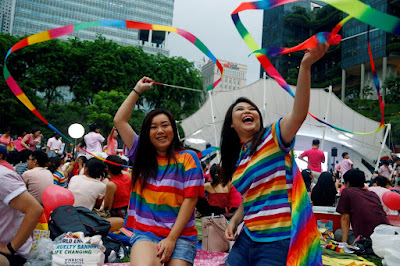 Singapore will decriminalise sex between men, effectively making it legal to be homosexual in the city-state.

Prime Minister Lee Hsien Loong said the government would repeal Section 377A of the penal code, a colonial-era law that criminalises sex between men, adding that society was becoming more accepting of gay people.

Singapore chose to retain the colonial-era ban on gay sex after it won independence from Britain in 1965.

"I believe this is the right thing to do, and something that most Singaporeans will now accept," he said in his annual National Day rally speech.

However, Lee said the government had no intention of changing the city-state's legal definition of marriage as a union between a man and a woman.

"Even as we repeal Section 377A, we will uphold and safeguard the institution of marriage (...). Under the law, only marriages between one man and one woman are recognised in Singapore," Lee added.

Although many places have decriminalized sexual acts between people of the same sex, only a few allow same-sex marriage, partnerships or unions. Singapore tempered its decision by saying it will amend its constitution to prevent such unions from ever taking place.

An important step in the right way. 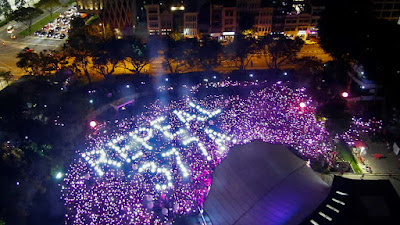