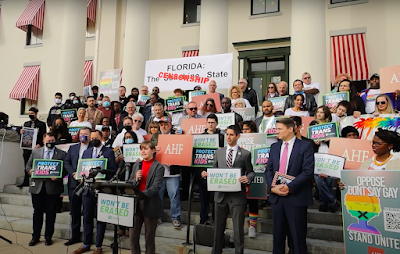 Seven openly LGBTQ candidates running for state House or Senate seats in Florida have won their primaries, advancing to November’s general election where voters will decide whether to triple LGBTQ representation in the state legislature.

Florida’s legislature made national headlines in January when state Republicans introduced the Parental Rights in Education bill, known to its critics as the “Don’t Say Gay bill", to restrict public school teachers’ ability to engage in classroom instruction related to sexual orientation and gender identity.

After advancing through the House, Florida senators in March passed the controversial legislation, rejecting more than a dozen amendments that would have bolstered protections for LGBTQ students and their families.

Beyond the legislature, Florida officials this year have pursued policies that if enacted would further restrict the rights of LGBTQ people in the state, particularly transgender youth. Won't be erased in Florida, nor anywhere!