Stranger Things actor comes out after his character did it 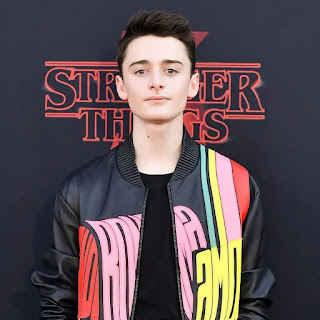 Noah Schnapp, one of the young stars on Netflix's hit series "Stranger Things," came out using a TikTok trend.

Noah, 18, posted a video to his verified account featuring popular audio where people describe big life events that weren't "that serious." In his, he wrote about coming out as gay to his family.

"When I finally told my friends and family I was gay after being scared in the closet for 18 years and all they said was 'we know,'" he wrote in the video.

Noah plays Will Byers on the series, one of the main characters in an ensemble of kids who fight supernatural creatures in the 1980s.

During the series' most recent season, fans speculated that Will's character was closeted because he appeared to be in love with his best friend Mike Wheeler, played by Finn Wolfhard.

Noah confirmed the fan theory in an interview: "Now that he’s gotten older, they made it a very real, obvious thing. Now it’s 100% clear that he is gay, and he does love Mike."

He referenced his character in his coming out, writing in the TikTok caption that he was "more similar to Will" than he thought. 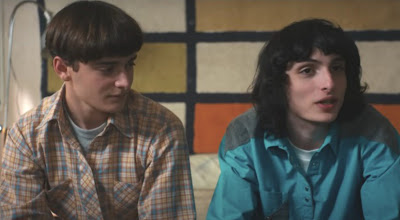 Bill (Noah) and Mike (Finn) in the series
Publicat per Ben Aquila a 6:21 AM