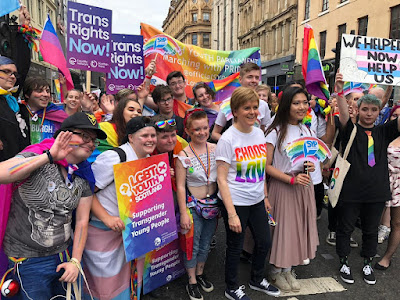 Protests are due to take place this weekend over the UK Government’s blocking of gender recognition reform in Scotland. It follows the UK government’s decision to block Scotland’s gender reform bill, which was passed in December.

The Gender Recognition Reform Scotland bill removes the need for a medical diagnosis of gender dysphoria to obtain a Gender Recognition Certificate (GRC). The age at which people can apply for a GRC is also being lowered from 18 to 16.

The UK government, led by Rishi Sunak, expressed concerns over the impact this would have on UK-wide equalities legislation.

Hundreds of protesters gathered outside the UK Government's hub in Edinburgh calling on Westminster to reverse its decision to block Scotland’s gender reform legislation. Further demonstrations will occur in London, Edinburgh, and other cities in the coming days.