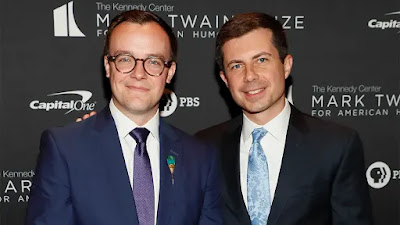 Fox News published an article implying that Secretary of Transportation Pete Buttigieg did something wrong by limiting the amount of work he was doing during his paternity leave in 2021.

The Fox article blasts Pete Buttigieg for refusing to take a call from Sen. Chuck Grassley to discuss a bridge while he was on paternity leave following the birth of his and Chasten Buttigieg’s twins.

It is normal for people on paternity or maternity leave to not participate in all their job duties. Many new parents don’t do their jobs while on leave, even though Pete Buttigieg kept up with some of his duties.

Chasten Buttigieg, Pete's husband, slammed Fox News over its interest in his partner’s paternity leave and slammed them saying “Go yell at an M&M” and they should look for “new material”.

Chasten’s tweet also came after Fox News host Tucker Carlson recently used his show to cover a rebrand that made the M&M’s mascots “less sexy”, dedicated more time this week to reporting on the popular chocolates.

Fox News not only dislike Pete's paternity leave, they do not really like LGBTQ people becoming parents altogether. 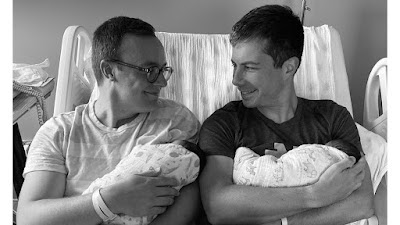