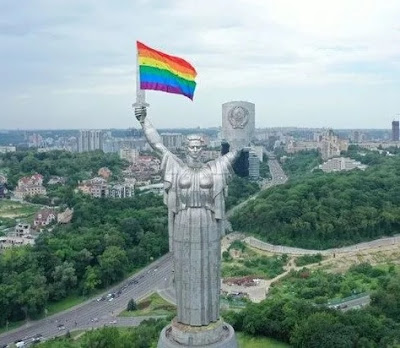 Despite the invasion war, the Parliament of Ukraine continues working and a bill banning hate speech against LGBTQ people in the media has passed. The legislation, banning hate speech and incitement based on sexual orientation and gender identity, was unanimously approved by all MP.

In 2015 employment discrimination based on sexual orientation and gender identity has been banned in Ukraine.

In 2016  the government changed the legislation for trans people which makes it easier for them to get new papers after a successful transition.

In 2019, 8,000 people attended Kyiv Pride, protected by the police, became the biggest ever Gay Pride Parade in Ukraine, showing things are slowly changing.

President Zelensky promised to continue fighting anti-LGBTQ discrimination when he met President Biden at the White House in 2021.

A recent petition in Ukraine calling for same-sex marriage to be legalised has gained enough signatures for the president to consider the proposal. Zelensky responded that “each citizen is an indivisible part of civil society, for whom all rights and freedoms fixed in the Constitution of Ukraine extend. All people are free and equal in their dignity and rights.”

The president confirmed that he will ask Ukraine’s government to look into legalising same-sex marriage after the war with Russia ends, because it is necessary to change the Constitution and that is not possible in conditions of war.

According to a poll conducted by the Kyiv International Institute of Sociology, over the past six years, the number of people who have a "negative view" of the LGBTQ community has decreased from 60.4% to 38.2%.

Comparatively, the situation for LGBTQ people in Russia is getting worse. President Putin recently approved an extension of the country’s ‘gay propaganda law’ which now bans any LGBTQ content for anyone. Previously, it only applied to minors. 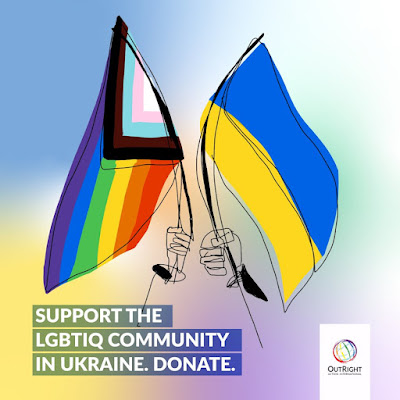