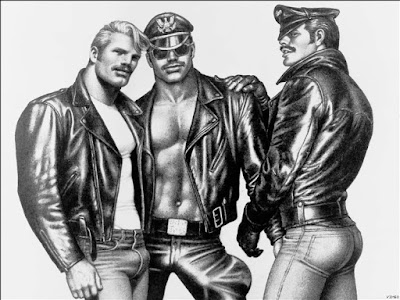 Tom of Finland's homoerotic works coming to London in first major UK solo exhibition. The exhibition will go on display in London from 6/3 to 28/6 as part of a new exhbition celebrating 100 years since the birth of artist Touko Laaksonen.

The House of Illustration in King's Cross, London, will host the first major solo art show dedicated to the late Finnish artist in March 2020. The exhbition, which will feature around 40 works dating from the 1960s-80s, will also include previously unseen works from the Tom of Finland Foundation in Los Angeles.

Born in southwestern Finland in 1920, Touko Laaksonen would go on to become one of the most influential gay artists of the century, drawing popular acclaim for his highly stylised homoerotic illustrations, which cunningly circumvented restrictive censorship laws of thw 1950s and '60s.