Pro-LGBT protests in and out the Polish Parliament 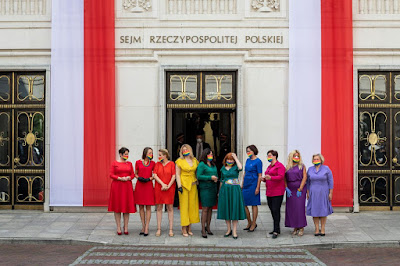 Andrzej Duda, the newly elected president of Poland supported by Law and Justice party, argued ahead of the July vote that lesbian, gay, bisexual and transgender people "are not people, it's an invasive ideology". His words were condemned by the opposition and members of the international community.

The MPs, from Poland's Left grouping, wore rainbow masks and outfits in shades of the rainbow, sitting in rows, as Duda was sworn in in the lower house of parliament, the Sejm. They also posed in and outside parliament with rainbow and white and red Polish flags.

"We wanted to remind President Duda that in the constitution there is a guarantee of equality for all," Left MP Anna Maria Zukowska said.

Meantime, on Warsaw streets, some activists protested against the anti-LGBT policies of new president hunging rainbow flags off statues in public places. Three of them were arrested by the police and charged with desecrating monuments and offending religious feelings.

A tense moment was when a crowd surrounded and climbed on a police vehicle in the center of the capital trying to stop one of the arrested activist from being driven away. Then, more police came and they finally detained 48 people, who were defending the LGBT activist, for "damaging a police car".

Remember that 18 Polish counties and 16 municipalities, supported by local politicians associated with the ruling Law and Justice party, passed resolutions denouncing “LGBT ideology” and declared themselves "LGBT-free zones". In total, the zones cover a third of the country. And all of this is happening in a member state of the European Union, until when? 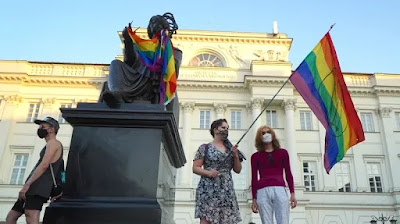 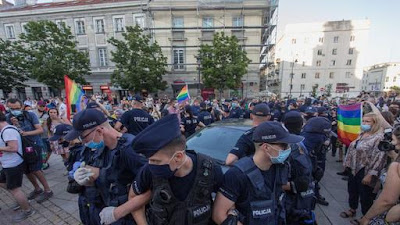 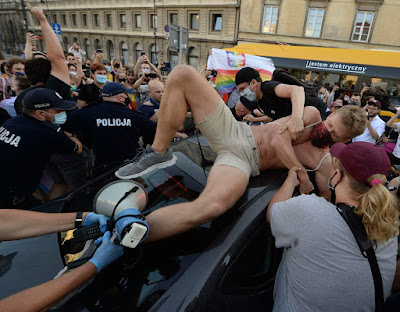 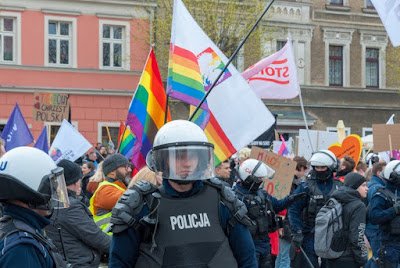 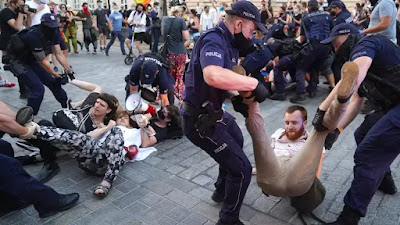