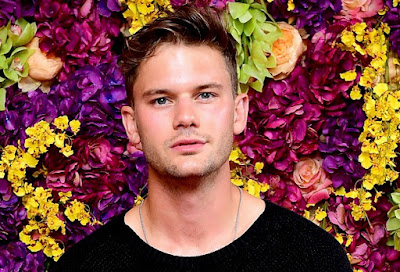 Green Lantern is the name of several superheroes who have appeared in DC Comics since 1940. Each one uses a magical ring that grants them special powers.

With the launch of DC's Infinite Frontier, Alan Scott, the first Green Lantern and co-founder of the Justice Society of America, has confirmed that he is a gay man. Admitting this truth to his two children in the halls of the JSA headquarters, Alan's historic declaration also reveals that his secret wasn't just known, but protected by some of his closest teammates and friends.

This new side of Scott's character was first explored with his Earth-2 incarnation, leading many readers of DC's New 52 books at the time to wonder if the original Alan Scott was harboring the same secret.

Launching into a monologue about time and being honest with himself, Alan can't seem to bring himself to say it. He admits how difficult it is to Todd, whose own backstory as a gay hero who's maintained an undisturbed relationship allows him to provide the necessary love and encouragement. "I'm gay" says Alan Scott. He is warmly embraced by his children, admitting that he felt he couldn't take his new position as the Sentinel without being completely honest with his friends and family.

The upcoming Green Lantern series is eying Jeremy Irvine to play the role of Alan Scott, the original Green Lantern in the pages of DC Comics. Irvine got his big break in 2011 as the lead in Steven Spielberg's Academy Award-nominated film, War Horse. Since then, Irvine has appeared as Pip in Great Expectations, a younger version of Pierce Brosnan's character in Mamma Mia: Here We Go Again, and in Roland Emmerich's Stonewall.

The news of a gay Green Lantern coming to the mainstream public could be big news and a story that could reach a lot more people than ones that typically pick up a comic book. Both Marvel and DC have committed to diversifying their heroes to better reflect the world. Various shows based in the Arrowverse, like Supergirl, Legends of Tomorrow, Batwoman, and Black Lightning feature LGBT characters, and with a high-profile title like Green Lantern on a premium streaming service, many audience members will be introduced to Alan Scott for the first time.