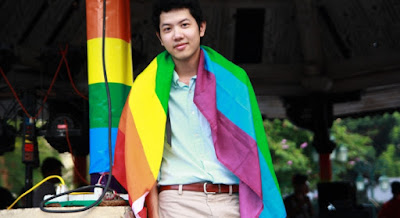 Luong The Huy, the Hanoi LGBT rights activist and director of the Institute for Studies of Society, Economy and Environment (iSEE), has nominated himself for the elections to the National Assembly and Hanoi People's Council in Vietnam.

Luong, the first openly gay man running, promises to be a voice for young people, said: "With knowlegde of law and experience in social works, I want to contribute to the development of the country and share my opinions as a representative of the people..., the young and the minority."

After getting a master of law degree from the University of California, Los Angeles, with a specialization in law and sexuality, he returned to Vietnam and took over as director of iSEE, which "works for the rights of minority groups in Vietnam to envision a more equal, tolerant and free society in which everyone's human rights are respected and individuality valued."

In Vietnam, which by Asian standards is quite progressive on LGBT issues, marriage and family laws stop short of recognizing same-sex marriages and attendant rights such as adopting children. However, the media also often tries to find the "causes" of homosexuality, identifying it either as an unfortunate innate biological illness or as a contagious, lifestyle-induced social problem. 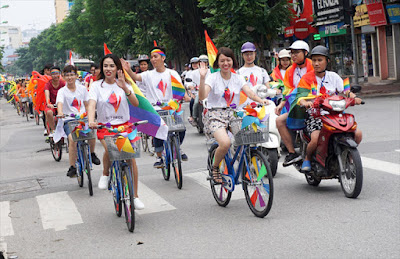