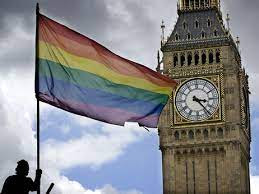 The UK will host its first ever global LGBT conference to tackle inequality around the world and urge countries to take action: ‘Safe To be Me: A Global Equality Conference’.

Minister for Women and Equalities, Liz Truss, alongside Foreign Secretary Dominic Raab announced the global event, which will bring together elected officials, policy makers, and the international LGBT community including activists, experts, and civil society to protect and promote the rights of LGBT people around the world.

The Prime Minister has today announced that Conference Chair Lord Herbert of South Downs will also take on the role of the United Kingdom’s Special Envoy on LGBT Rights. He will promote the conference internationally and lead efforts to champion LGBT equality at home and abroad. He will also be working with the Minister for Women and Equalities to coordinate a year of domestic action on LGBT issues, in the run up to the global conference.