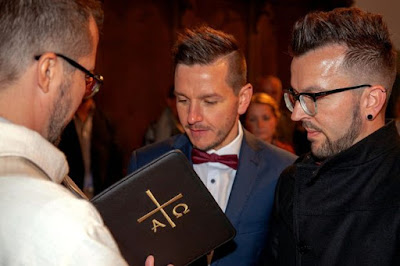 Dozens of Catholic priests in Germany plan defy the Vatican and bless homosexual partnerships, with many set to live-stream the blessings online.

In March, the Vatican decreed that the Catholic Church cannot bless same-sex marriages. In response, more than 230 professors of Catholic theology in Germany signed a statement protesting the decision.

In a statement, the group declared that the decree "is marked by a paternalistic air of superiority and discriminates against homosexual people and their life plans."

Now, dozens of priests in Germany have vowed to defy the Vatican. "In view of the refusal of the Congregation for the Doctrine of the Faith to bless homosexual partnerships, we raise our voices and say: We will continue to accompany people who enter into a binding partnership in the future and bless their relationship," the group said in a statement.

A group of dissenting priests has also compiled a list of church services that will take place nationwide on May 10, where priests will publicly bless gay couples. Many of the services will be live-streamed.