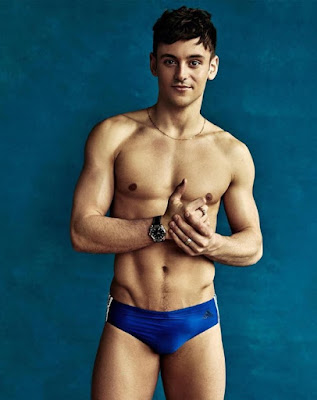 Tom bested the competition in the 10m platform and also the synchronized 10m dive with his competing partner Matty Lee at the test event for the Olympics later this summer also in Tokyo.

This weekend, Tom headed to Budapest, Hungary, to compete in the European Championships, and he has won for first time a gold medal for synchronized diving at the European competition, again with his competing partner Matty.

Tom has competed at the international level for the United Kingdom since he was a young teen. He’s won bronze twice at the Olympic Games and has 11 World Championship gold medals as well. He plans on representing the UK again this summer at the 2020 Summer Olympics.

Throughout the season Tom told how he felt about being away from his husband of eight years, Black, and their son Robbie. 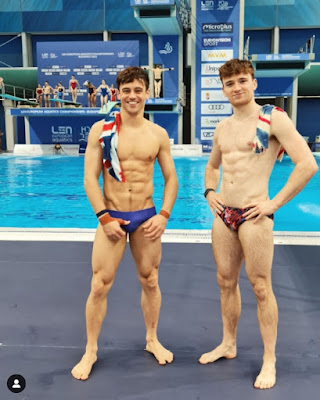 Tom and Matty, they are both golden guys!