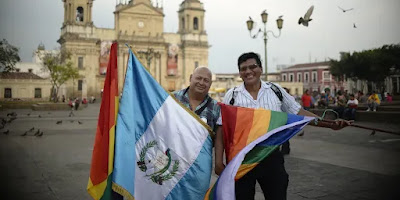 The congress of Guatemala has passed legislation to explicitly ban same-sex marriage and ban the mention of LGBTQ equality in school.

The “Life and Family Protection Law” was passed by congress with 101 votes in favour, 51 abstentions and just 8 votes against. It will officially come into law once it has been signed by Guatemala’s president, Alejandro Giammattei.

The law will also ban schools, both public and private, from any teaching or policies that promote LGBTQ equality. The law describes such teaching as “promoting in children and teenagers policies or programs that tend to lead to diversion from their sexual identities at birth”.

Those who promoted the law have said that there are "minority groups of the Guatemalan society" that propose "models of conduct... different from the natural order of marriage and family, which represent a threat to the moral balance of our society."

After the bill passed, Human Rights Ombudsman Jordan Rodas said that the law "violates" international conventions signed by Guatemala, and announced a battle to have it declared illegal by the Constitutional Court, the highest in the country. "We are going to file an action of unconstitutionality so that this law has no effect", said Rodas.