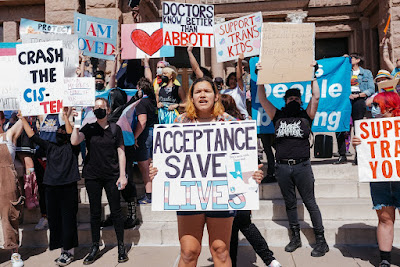 More than 60 major corporations are calling on Texas Gov. Greg Abbott and other leaders targeting things like access to gender-affirming care to “abandon efforts to write discrimination into law and policy.”

In an open letter organized by the Human Rights Campaign, companies including Apple and Google said efforts like Abbott’s directive to investigate reports of minors receiving gender-affirming care as “child abuse” do not align with their values.

“The recent attempt to criminalize a parent for helping their transgender child access medically necessary, age appropriate healthcare in the state of Texas goes against the values of our companies,” the letter reads. “This policy creates fear for employees and their families, especially those with transgender children, who might now be faced with choosing to provide the best possible medical care for their children but risk having those children removed by child protective services for doing so.”

In another open letter organized by the HRC earlier this month, thousands of parents denounced legislation targeting LGBTQ youth nationwide. You can add your name to defend their rights.

“Today, as parents who care about the well-being of all children — transgender, non-binary and cisgender — we are raising our voices in unity against extremist, discriminatory actions by lawmakers putting transgender children in harm’s way,” reads a portion of the letter, signed by more than 7,000 parents of trans children, as well as allies. 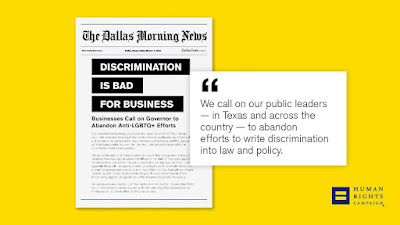 You can read news here