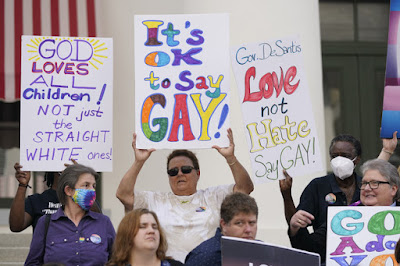 The lawsuit, filed in the federal Northern District of Florida, seeks to block Florida from moving forward with the law, which is set to take effect in July. While DeSantis and Republican lawmakers describe the law as boosting parental rights, it has drawn national attention as critics dubbed it the “Don’t Say Gay” bill.

The challenge focuses on a part of the law that would prohibit instruction on sexual orientation and gender identity in kindergarten through third grade and require that such instruction in older grades is age-appropriate in accordance with state academic standards.

The suit asks the court to strike down the law and prohibit Florida’s education officials from enforcing it and to award damages where appropriate and attorney fees if the lawsuit prevails. 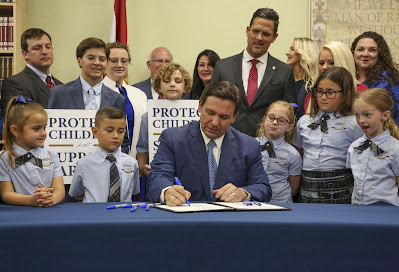