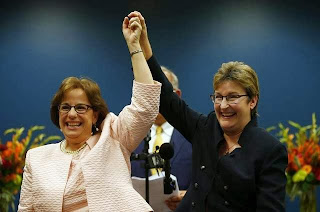 After Supreme Court of New Jersey rulings in favor of marriage equality, the first same-sex couples rushed to hold ceremonies to get married across the Garden State.

Mayors in New Jersey cities including Jersey City and Newark opened their city halls at 12:01am Monday morning, the official start-date of the court order, to marry eager couples.

It's expected that a rush of weddings will continue in coming days as couples are able to get licenses. 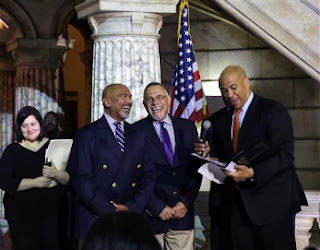 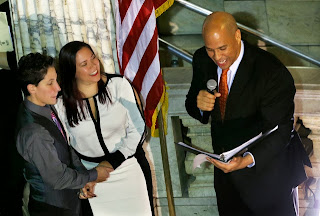