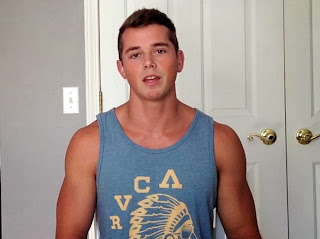 A few weeks ago, vlogger Mark Miller published a video survey asking girls if they considered him as gay. He got a very interesting answers and reactions.

Now, Mark has just published a new video survey asking guys about the same question. The men's answers and reactions are really cool.

I know they aren't scientific surveys but I've liked the approach, and the respondents' naturalness and their open mind.