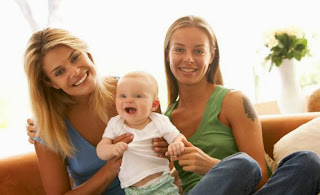 Russian authorities have stopped the adoption of Russian children by all Swedish couples based on the legalisation of equal marriage in Sweden. As I published last September, Russia is stopping international adoptions with countries which allow same-sex marriage.

Currently, Russia requires, as a condition of an international adoption, the prior signing of a bilateral agreement between Russia and the foreign country, because Russia will now seek legal agreements to ensure that only heterosexual couples can adopt.

The results of that policy is hinder the agreements with countries which allow equal marriage, as confirmed  the Foreign Ministry of Sweden, Carl Bildt, who said that so far no agreement had been reached to allow straight or gay Swedish couples adopt.

Meanwhile, Russian politician Vitaly Milonov called homosexuals "perverts" in a TV interview, arguing that children would be better off staying in Russian orphanages. He said: "The perverts? No, it is unacceptable. Homosexuals are perverts and should absolutely not be allowed to adopt children". And he added: "Children who grow up in that kind of environment are destroyed psychologically".

This time, the discrimination to LGBT people in Russia with side effects for foreign heterosexual couples who wants to adopt.