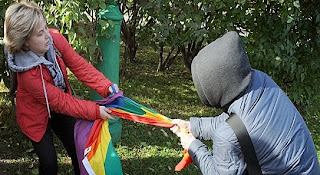 One LGBT rights demonstration, in the Russian city of St. Petersburg, ended in violence when several dozen gay protesters were confronted by about two hundred conservative and religious activists in the Field of Mars, in central St. Petersburg.

The disturbance began after a group of gay rights activists tried to hold a demonstration to mark International Coming Out Day. They were far outnumbered by the anti-gay demonstrators, including several dressed as Cossacks and Orthodox priests, who had occupied the site of the planned demo.

Police intervened in a fight that ensued after gay rights campaigners attempted to raise rainbow flags. Police broke up the scuffles between gay rights activists and their homophobic opponents, and detained 67 people, including protesters from both sides. There were apparently no major injuries. 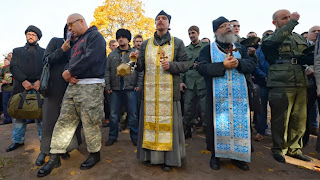 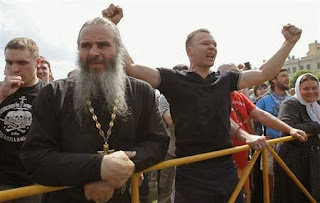 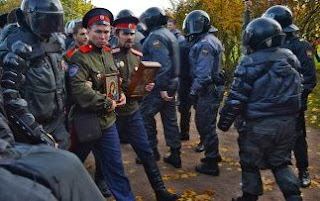 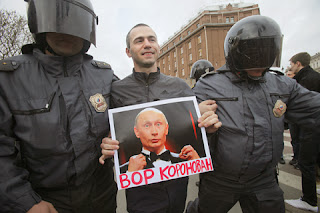 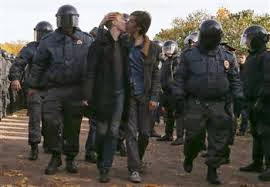