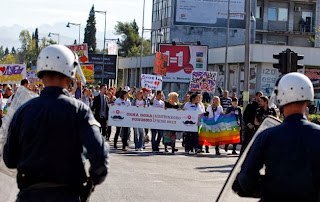 About 150 Montenegrins activists succeeded for the first time in staging a gay pride march in Podgorica, the country's capital, although the march has to be guarded by almost 2,000 police officers.

The LGBT marchers walked peacefully through the city, but the clashes occurred when over a thousand of anti-gay protesters tried to push through cordons of police to reach those taking part in march.

About 60 of the homophobic opponents who took part in the riots were arrested, and other 60 was injured, police said.

After the march, the gay rights demonstrators had to be evacuated to a safe location in police vehicles.

Such march is seen as a test of Montenegro's commitment to human rights as it seeks to join the European Union. Extremists attacked a similar march in July in the coastal town of Budva. 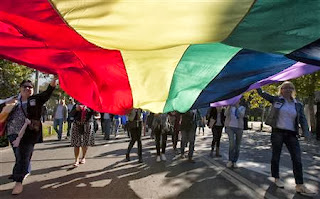 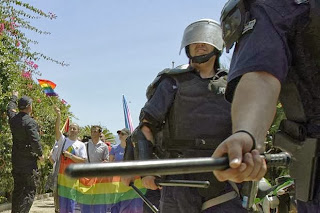 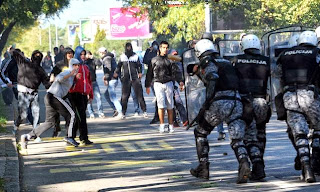