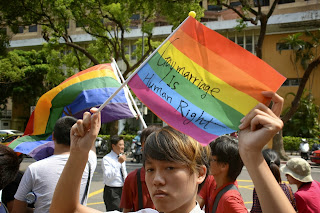 Tens of thousands rallied in Taipei's gay pride parade today in support of a marriage equality bill under consideration by the Taiwanese legislature.

The rally came as Taiwan’s Parliament on Friday decided to begin reviewing a bill to amend the Civil Code in order to allow same-sex marriages, amid an increasingly tolerant environment on the island nation. 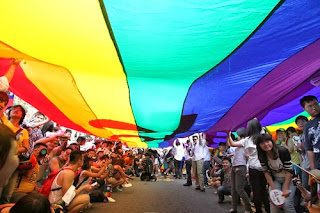 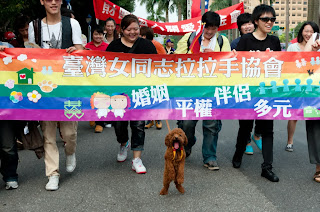 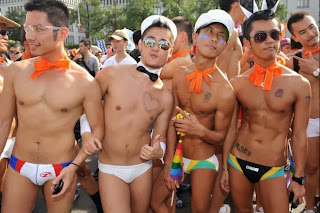