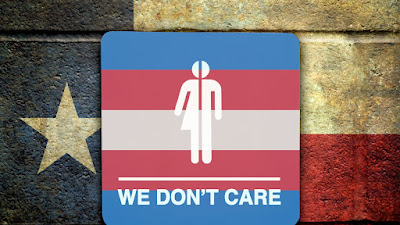 An anti-trans bathroom bill has been killed off once more in Texas, and it’s possible that the discriminatory legislation may now be on the back burner for good.

After 29 of a planned 30 days, the House last night adjourned and ended the session.As well as the bathroom bill that would ban transgender people from using their preferred public bathroom, there were setbacks for plans on changes to property taxes and vouchers for private schools.

Some Texan lawmakers had been pushing for an anti-trans bathroom bill despite protests and warnings from businesses that such a law could prove catastrophic to the state’s economy. When similar legislation was passed in North Carolina, the state faced an economic boycott from those in the entertainment industry, business world and sport.

Despite support from the Republican Governor Greg Abbott, the special legislative session he ordered ended in failure on several counts. Abbott had previously said he will work with lawmakers to “get a bill to my desk that I will sign into law”.

Abbott had said that passing the draconian bill that would force trans people to use the bathroom of their “biological sex” was his top priority.

The bill, which has already cleared the state senate, threatened institutions with large fines if they permit transgender people to use the bathroom of their preferred gender, up to $10,500 for “multiple violations”.

Sarah Kate Ellis, president and CEO of LGBT rights group GLAAD, said: “Today’s victory shows what can happen when transgender Americans and their allies stay vigilant and push back against legislation that helps no one and harms many”. 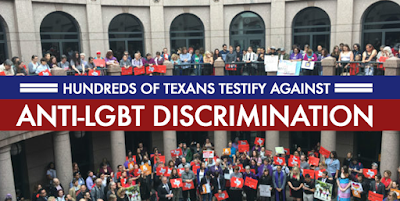