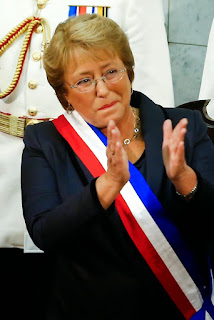 Chilean President Michelle Bachelet sent Congress a bill that would legalize gay marriage. If approved as expected, the country will become the sixth in Latin America to permit same-sex marriages.

Bachelet will be making good on a promise last year to commit her government to the passage of marriage equality by mid-2017, made while speaking to an LGBT rights panel at the United Nations in September 2016.

Argentina was the first country of its region to legalize marriage equality in 2010, followed by Uruguay, Brazil, and Colombia. Mexico federally recognizes same-sex marriages performed in many of its states.

Globally, Chile would be set to become the 25th country to legalize marriage equality. 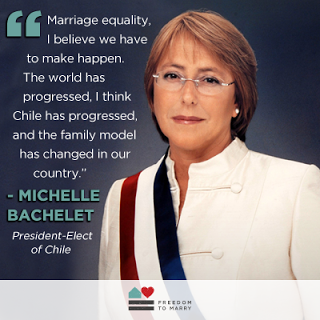